So the other day I was over at my parents. They’re moving away the beginning of next year, so I’ve had to go through the few boxes I left in their attic when I moved out. I knew a box containing the stash I had collected while living at home, and after going through a couple I found it!

Surprisingly–considering it’s been sitting in an attic for the last two and a half years–it survived. I was expecting a lot of causalities, but there were only a few polishes of mine that didn’t make it. (Mostly shatter and crackle polishes). But what excited me most of all was that all my Claire’s Mood Polishes have survived.

When these polishes first came out (I believe it was in either 2010, or 2011), I was obsessed with them. I loved the thermal effect, and promptly bought 4 of them–3 are Claire’s brand, the other Icing brand. Unfortunately, I don’t think the years have been kind to the polish. Maybe it’s my base coat or top coat, but the color change isn’t as vivid as I remember it being. 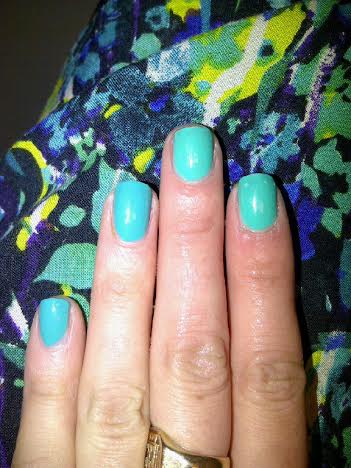 You can kind of see the change on my index and middle finger (after dipping in hot water).

I’m slightly disappointed that they seem not to work as well as they once did, but never the less the color is gorgeous so I’m happy to have found this and all my other polishes I’ve been without for so long. I’m especially excited for all the nail art combinations and swatches to be had.

One Reply to “Long lost goodies.”