Happy Swatch Sunday lovelies. Today is an exciting day because I have a few brand new Essence shades to share with you that I just discovered!

I didn’t even know they were coming out with any new polishes in the Out of Space Stories line, but I was out at Shoppers checking out the Polish section & discovered these two beauties tucked in a display off on its own with a few other Essence products. Naturally, I had to buy both to add them to my collection. (So it would be complete!) Not going to lie, it feels like absolute ages since Shoppers has had any new fun Essence collections–limited edition or otherwise–so this was a very happy discovery!

Now onto the swatches!

Essence 08. Guardians of the Unicorn 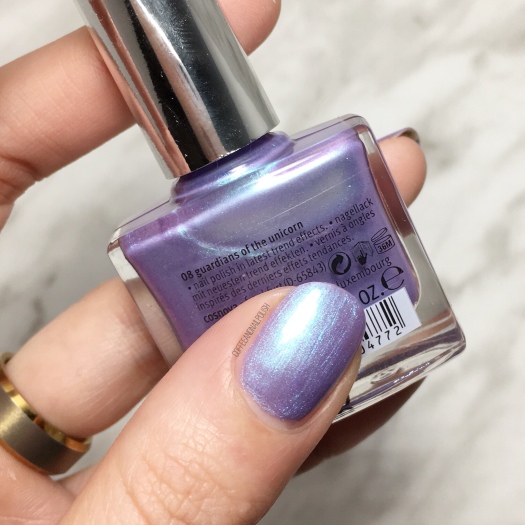 Normally when a polish looks like it may take a few coats to build opacity, I’ll layer it over another shade to cut down on coats, but I felt it important to show the polish in all it’s true glory. Guardians of the Unicorn is a shimmery lilac purple with an intense teal shimmer. I wasn’t actually sure if it would show up as intense on the nail as much as in the bottle, but as you can see it’s pretty vibrant! Definitely worth the 3 coats of polish it took for application.

Next up, I have to see how it looks when you apply flakies over top! 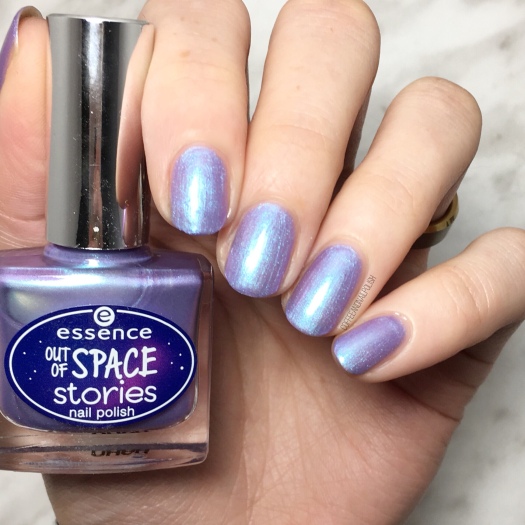 Essence 09 Mermaid of the Galaxy

The second new (to us) release is Mermaid of the Galaxy which is a teal foil metallic. It’s a pretty polish, that applies in two coats for full coverage & without too many brush strokes. But definitely a polish that reminds me of other shades I already own in my collection. (Like ORLY Bailamos but with more of a foil finish.) Don’t get me wrong, it’s very pretty but just not an OH MY DEAR GOD I NEED IT shade like Guardians of the Unicorn is for me. However, these two in a gradient would certainly look amazing! 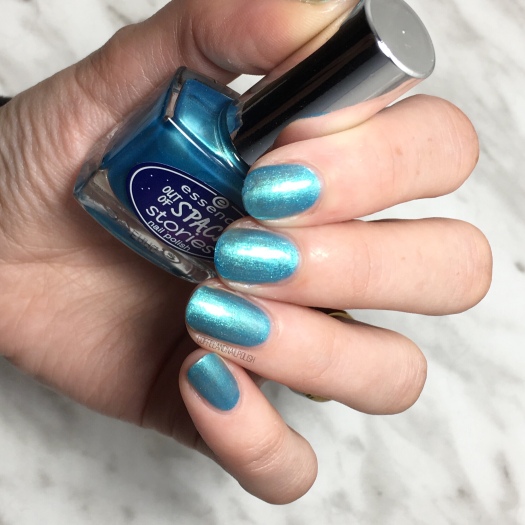 So what do you think of these two new shades from Essence? Which one is your absolute favourite?

For my Canadian friends — I picked up these two shades for $4 each at my local Shoppers Drug Mart but I’ve heard rumblings that they’re also popping up at Superstore/Loblaws as well. They’re not up on the Canadian Essence website yet, but I have spotted them in ten European site, which makes since as I believe they were released early Spring overseas.