I hope everyone had an awesome weekend. I worked all weekend, but the weather is beautiful. It’s officially Summer as of yesterday, which is also very exciting. Of course, here on the East Coast we’re awaiting the remains of a Hurricane which means it’s soggy & gross.

But at least my nails look cute! I did these herringbone nails last week, when I wanted nail art but I was short on time (& inspiration). I feel like I’ve been doing a lot of line work like this lately because I can do it without having to wait for my base to be fully dry.

Ah, like riding a bike. I’ll be honest, at night when I first did these I wasn’t 100% sure if I liked how they turned out; they seemed messy & awful at 10pm. But I was tired, so I left them on, because awful nails are better than no nails at all (& I was way too tired to repaint them). But as soon as the sun came up, & I took another look I actually really liked how they looked, & they didn’t seem as messy as I originally had thought.

& I really kind of love them.

What do you think about this herringbone look? What nail art designs have you been living for lately? Let me know in the comments below! 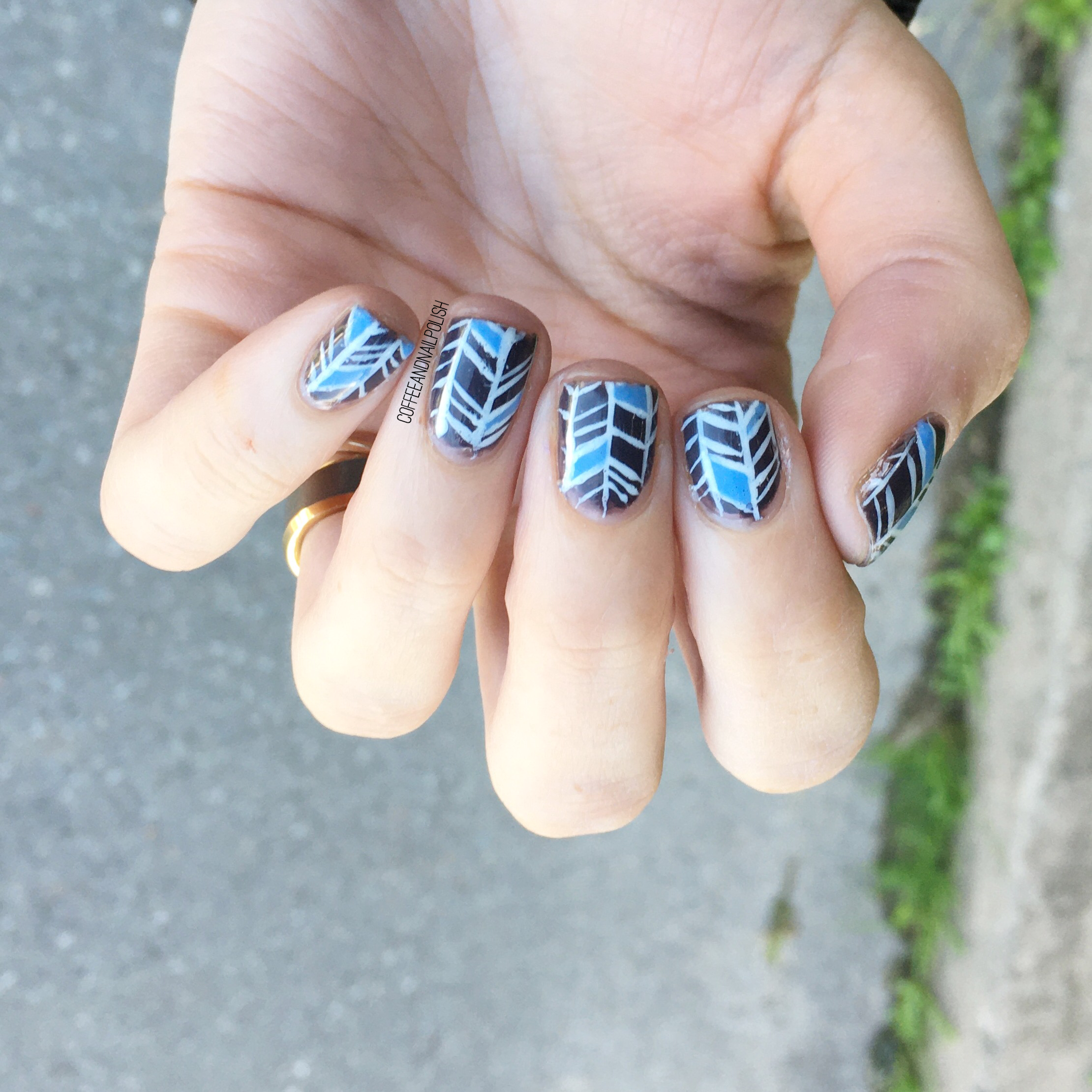 Good morning lovelies & Happy Wednesday. I don’t know how it’s possible that we’re already half way through the week, but we are! & Today I’ve got a cute nail art look to share that is perfect for short nails (like mine!)

I’ve always been a fan of herringbone/chevron looks, mostly because they’re surprisingly easy to do! & for a bit of a rustic look like this, you don’t need to have the most perfectly thin of straight lines. & it will still look cute! This particular design was actually inspired by this pot, although I added the splashes of blue to make it a bit more Summery. 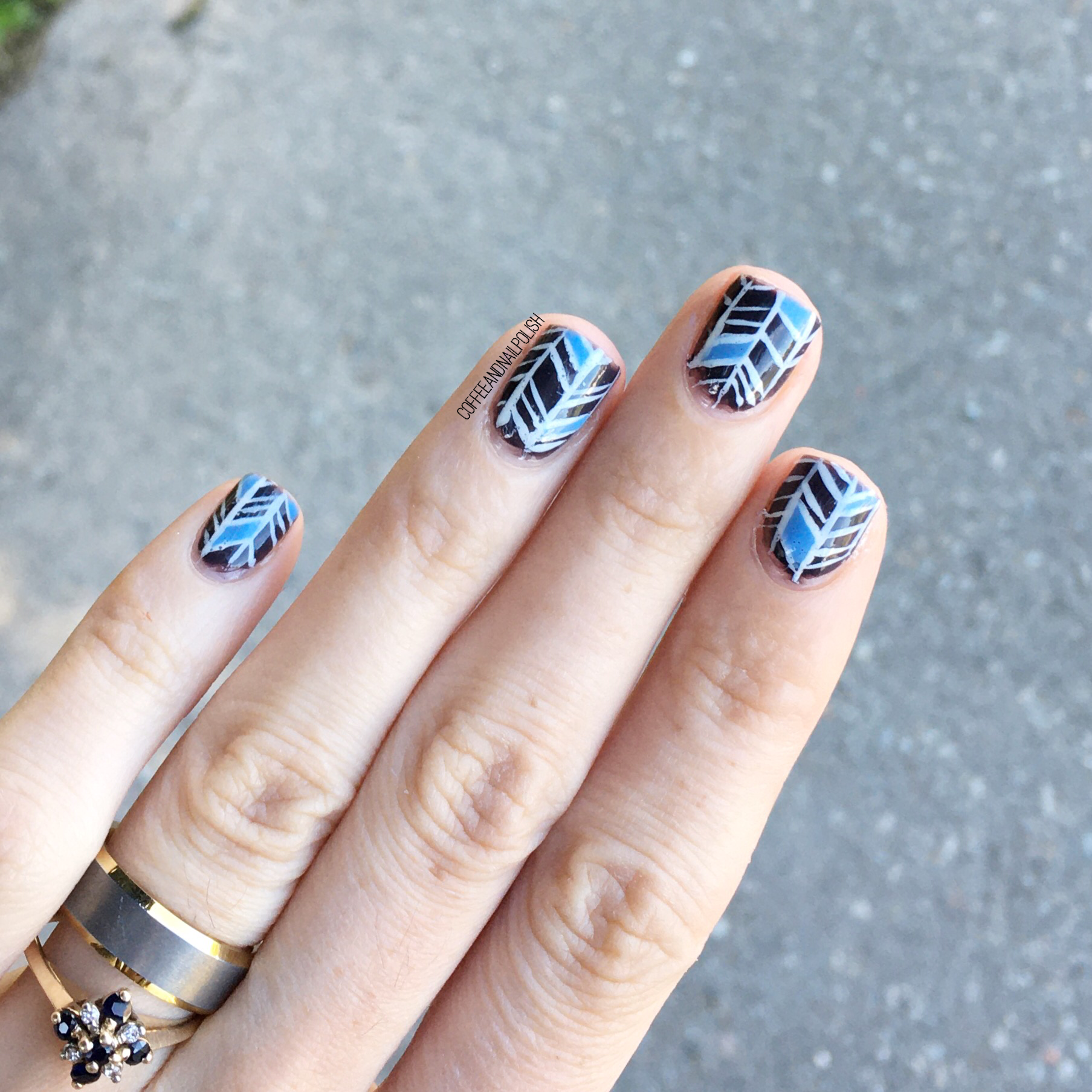 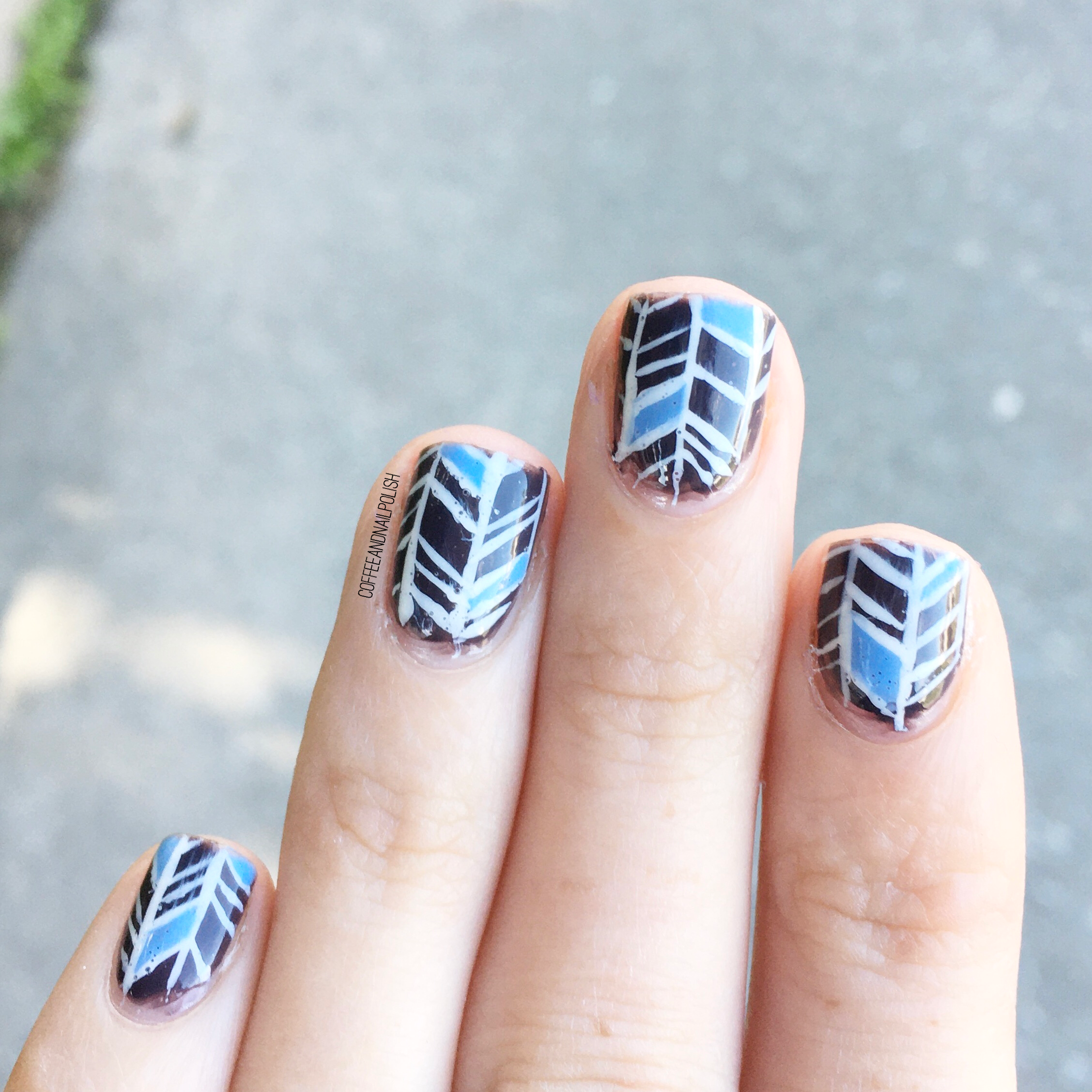 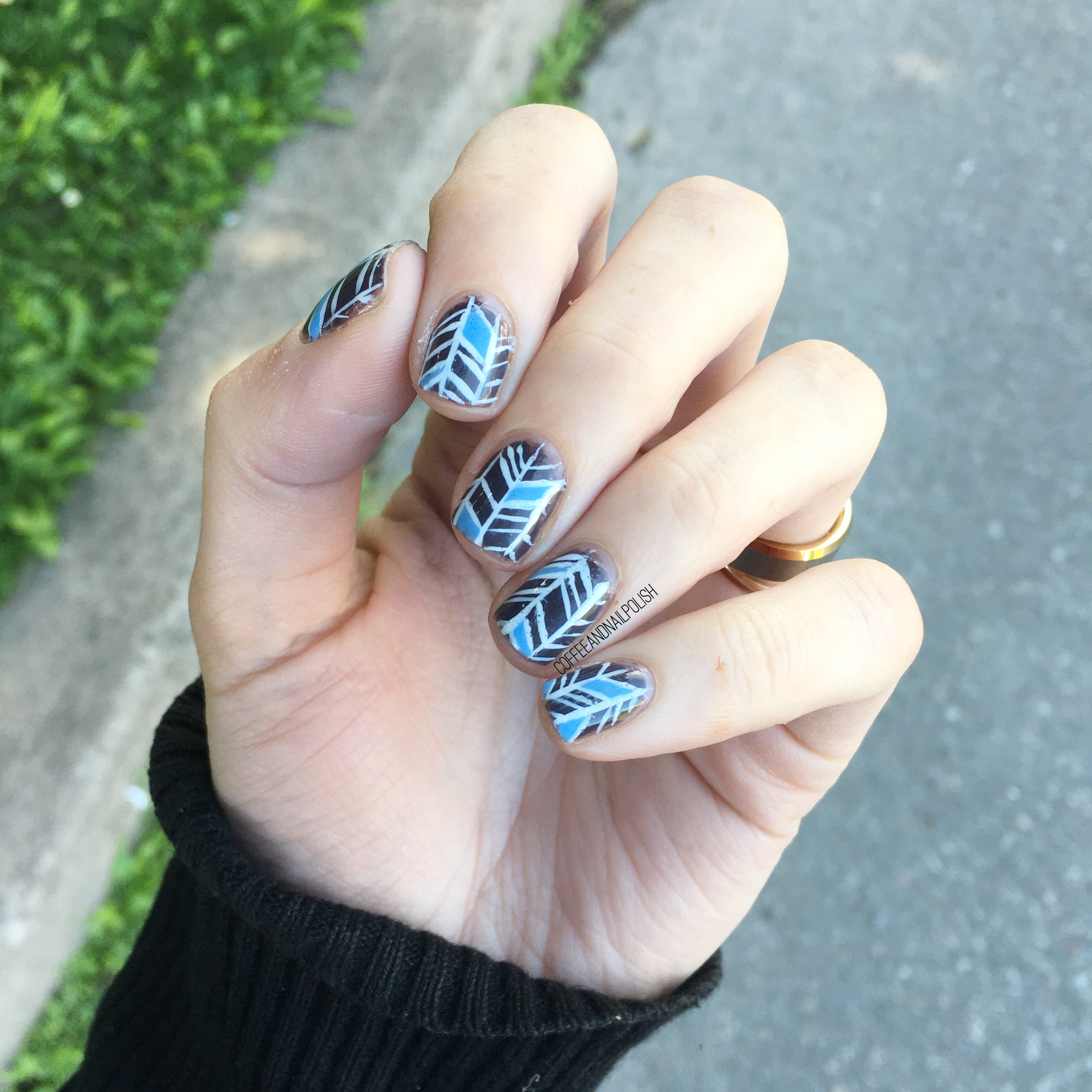 I really really love how these turned out. My white Kiss striper is definitely on it’s last legs which led to a bit of messiness of my stripes, but I feel like it works with this kind of pattern. Truthfully, I could have used a striper nail art brush to achieve the same look, but I was short on time, & this was a bit easier. I will definitely have to try again though, maybe with a few of the Essie Summer 2020 polishes I just received! I think I could do a beautiful quatrefoil design with them too, so stay tuned for fun nail art looks! 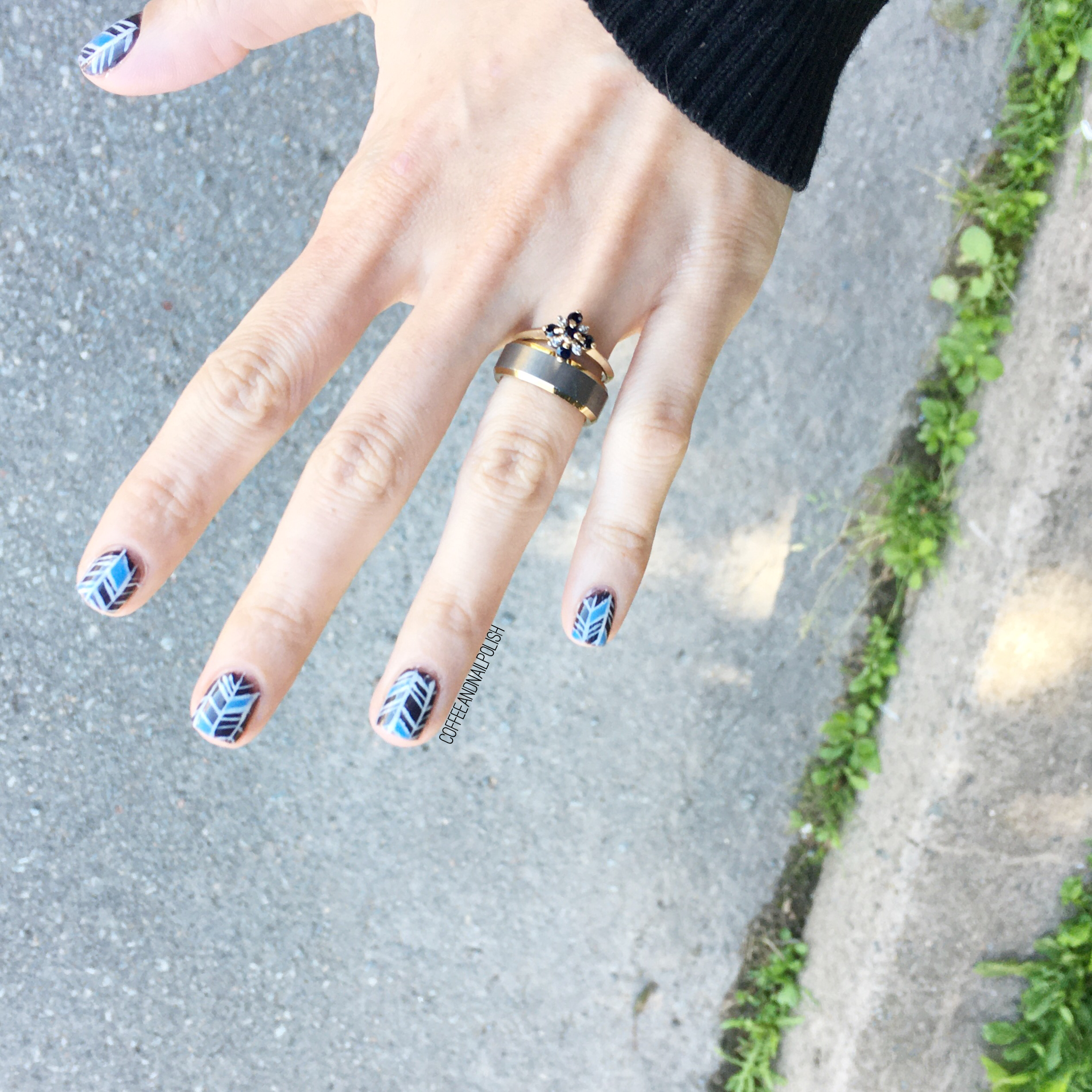 What do you think about this herringbone look! I feel like it looks really good on my super short nails! It’s a great way to fancy them up! Let me know what your favourite short nail design is in the comments below! 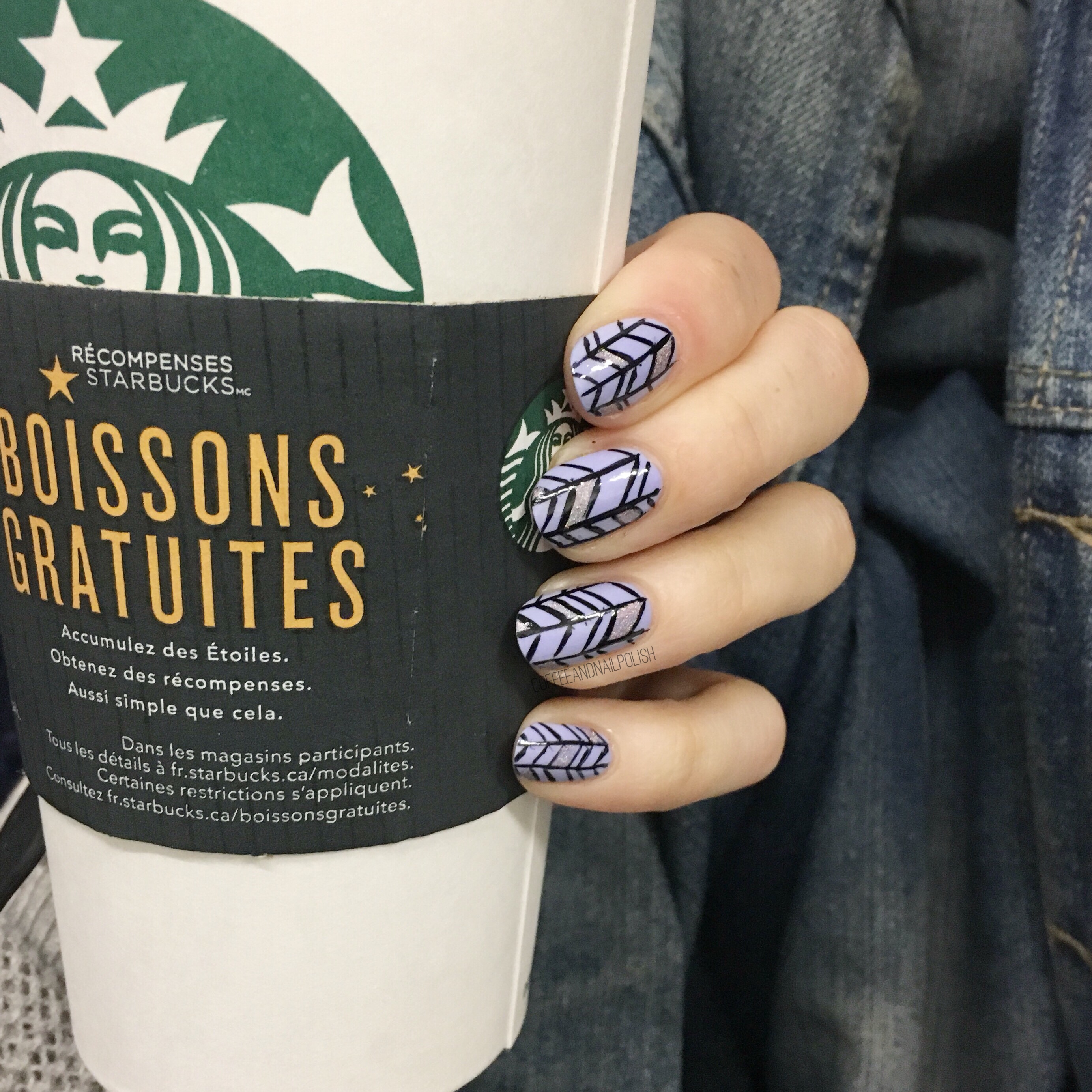 Happy Friday lovelies, & happy almost weekend! Today I’m sharing a fun design I freehanded recently. As I’ve mentioned, oh, about a thousand times already, I bought a new striper a few weeks back, & I’ve been obsessed with them. These are the kind of designs I’ve been doing forever, & they never get old. This look was actually inspired by a mani swap I did with @armstrongnails back in 2015. 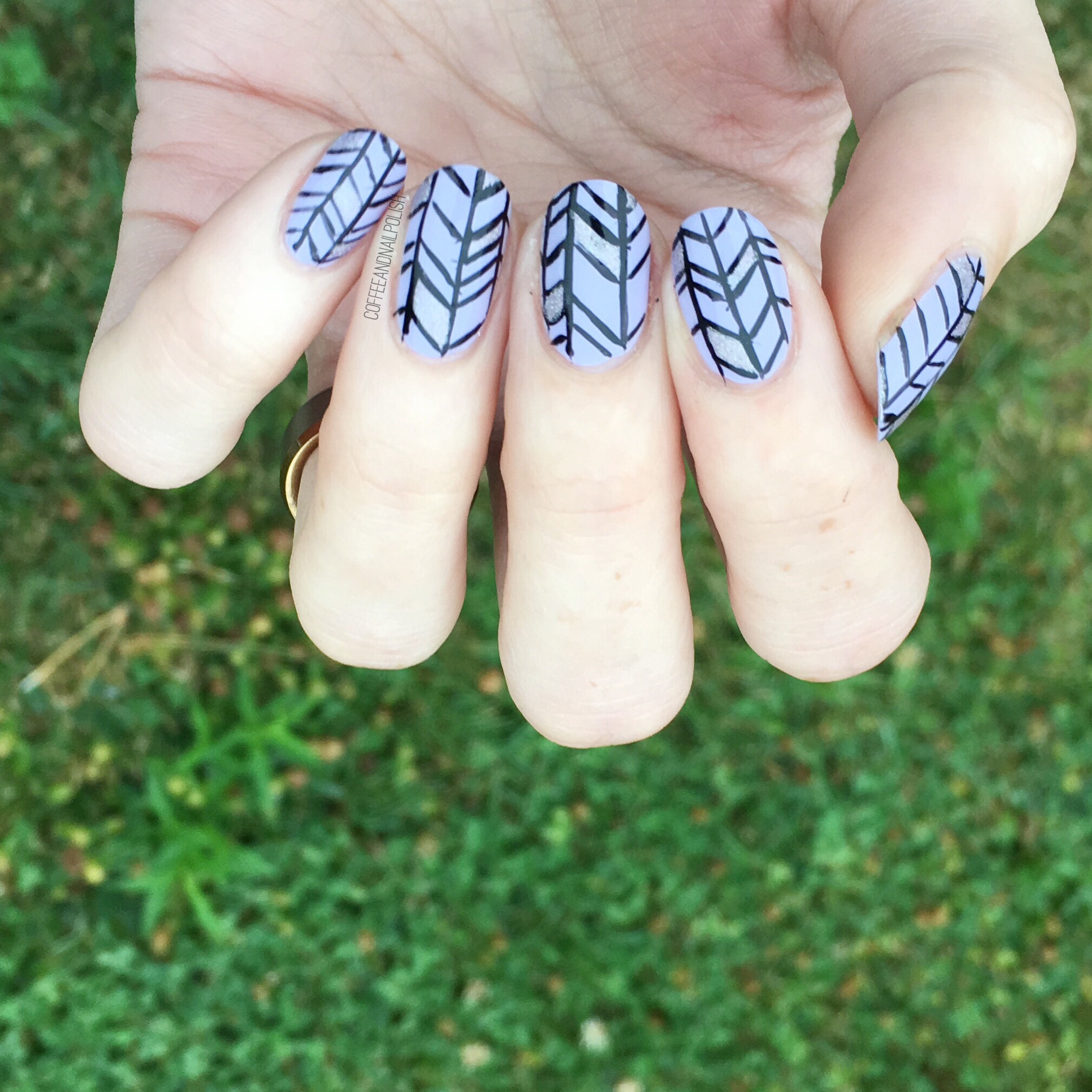 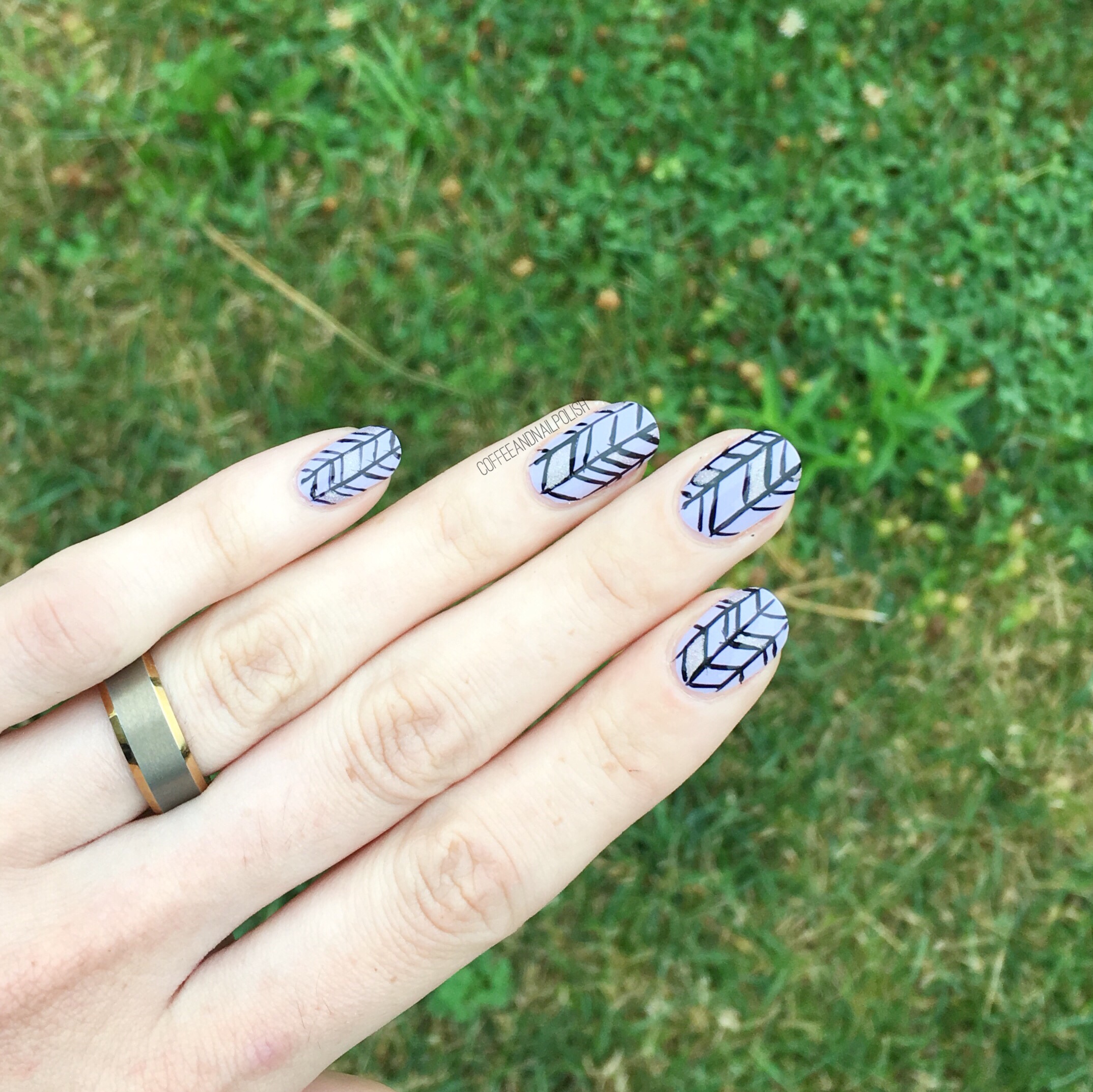 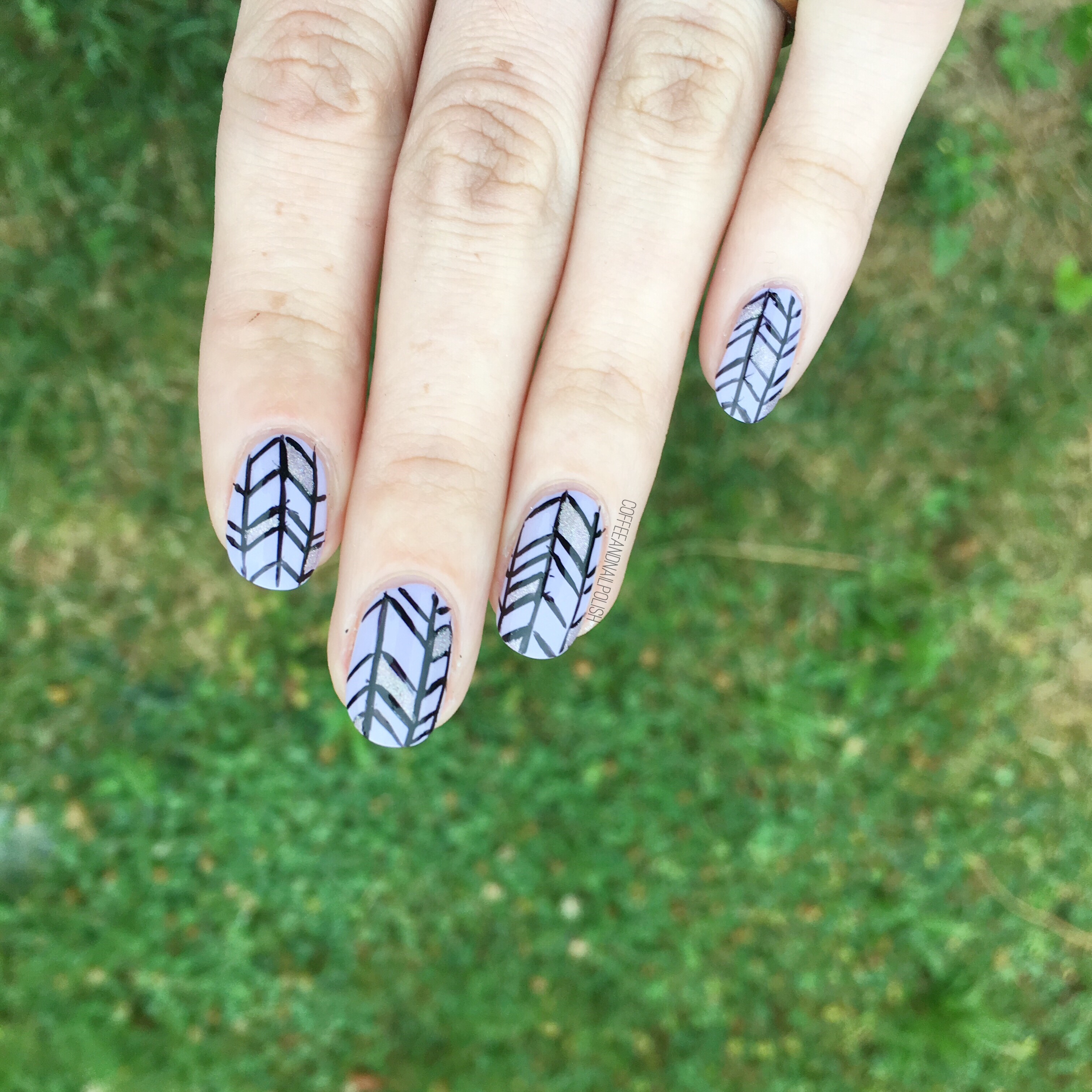 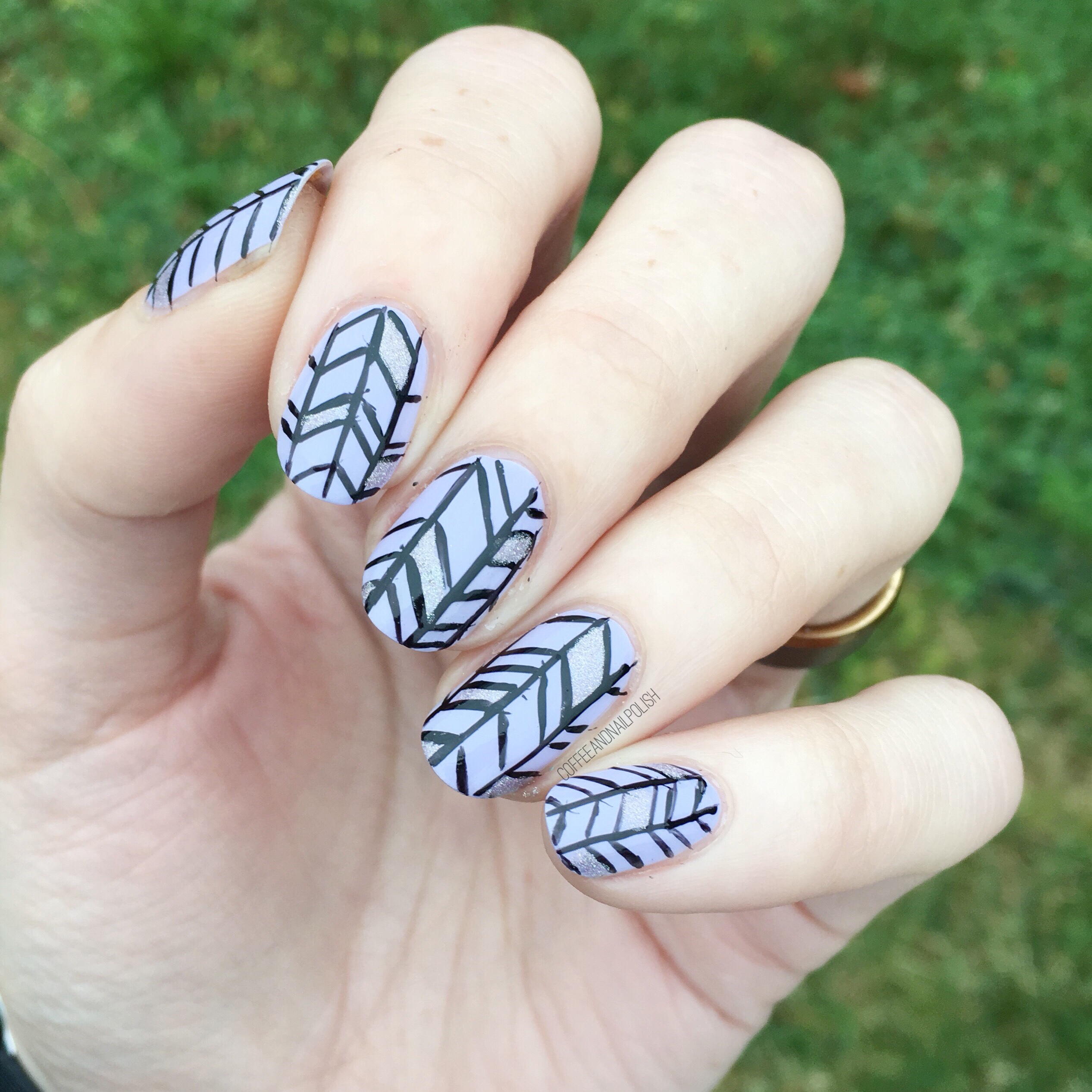 You can always tell how in love with a manicure I am based on how many photos I take of each design. I was a little obsessed with this look. I only wish the holo had showed up a bit better in pictures, but I took these early in the morning before the sun really came out. 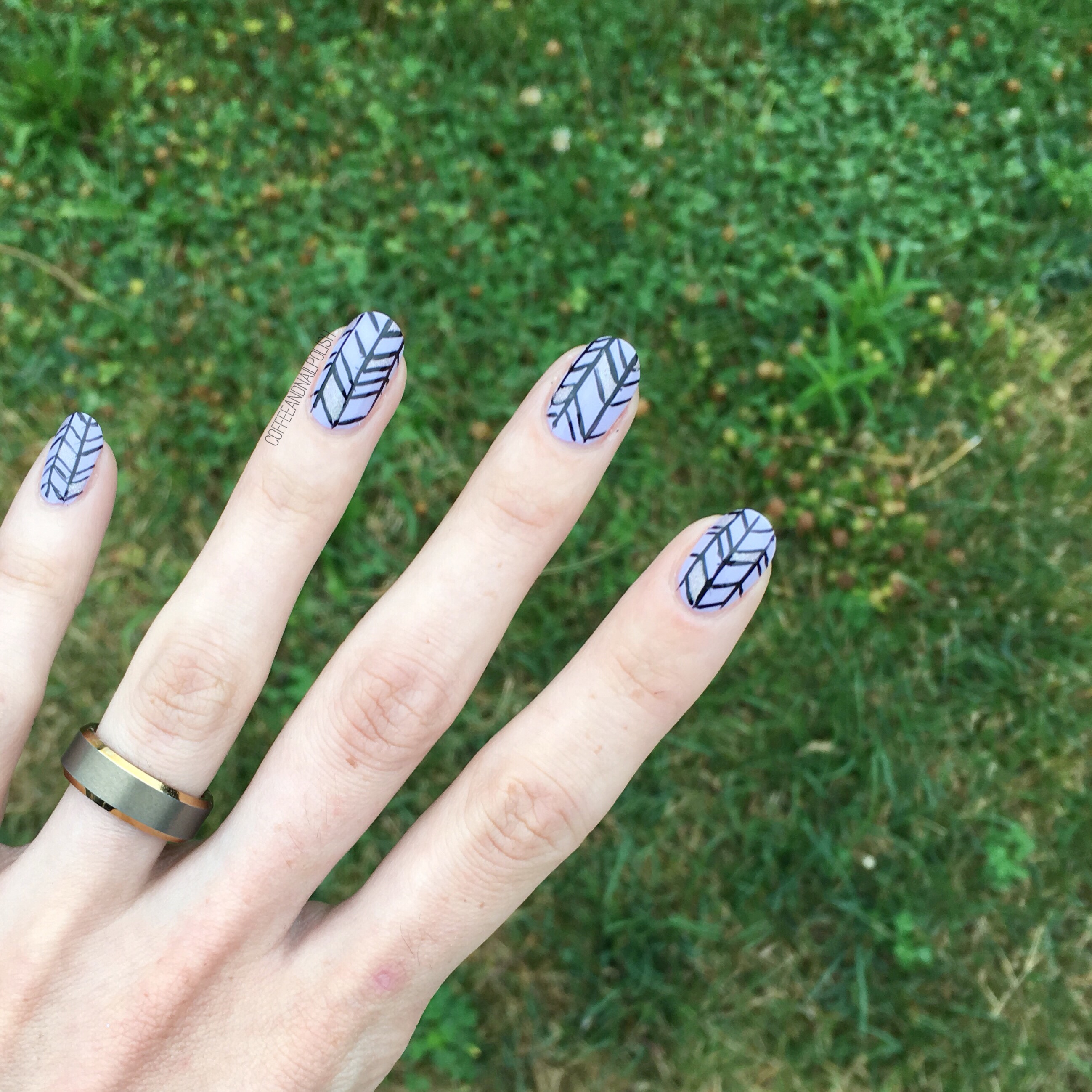 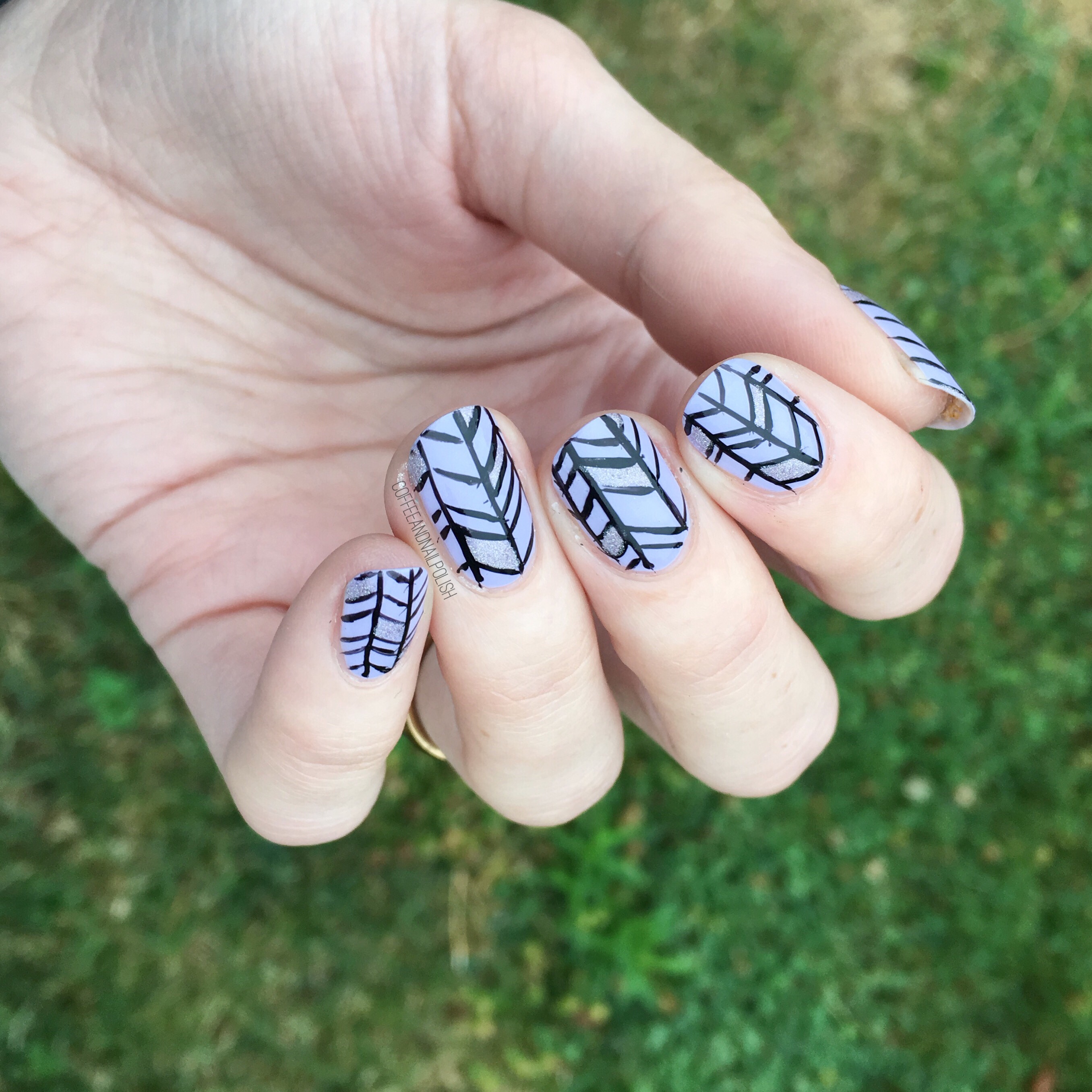 This herringbone pattern is making me think of Fall & making me so excited for Fall. 🍁 I already have so many polishes picked out for the season, & I can wait to start digging into my darker shades. You can never go wrong with khaki, plum or navy nails, am I right? 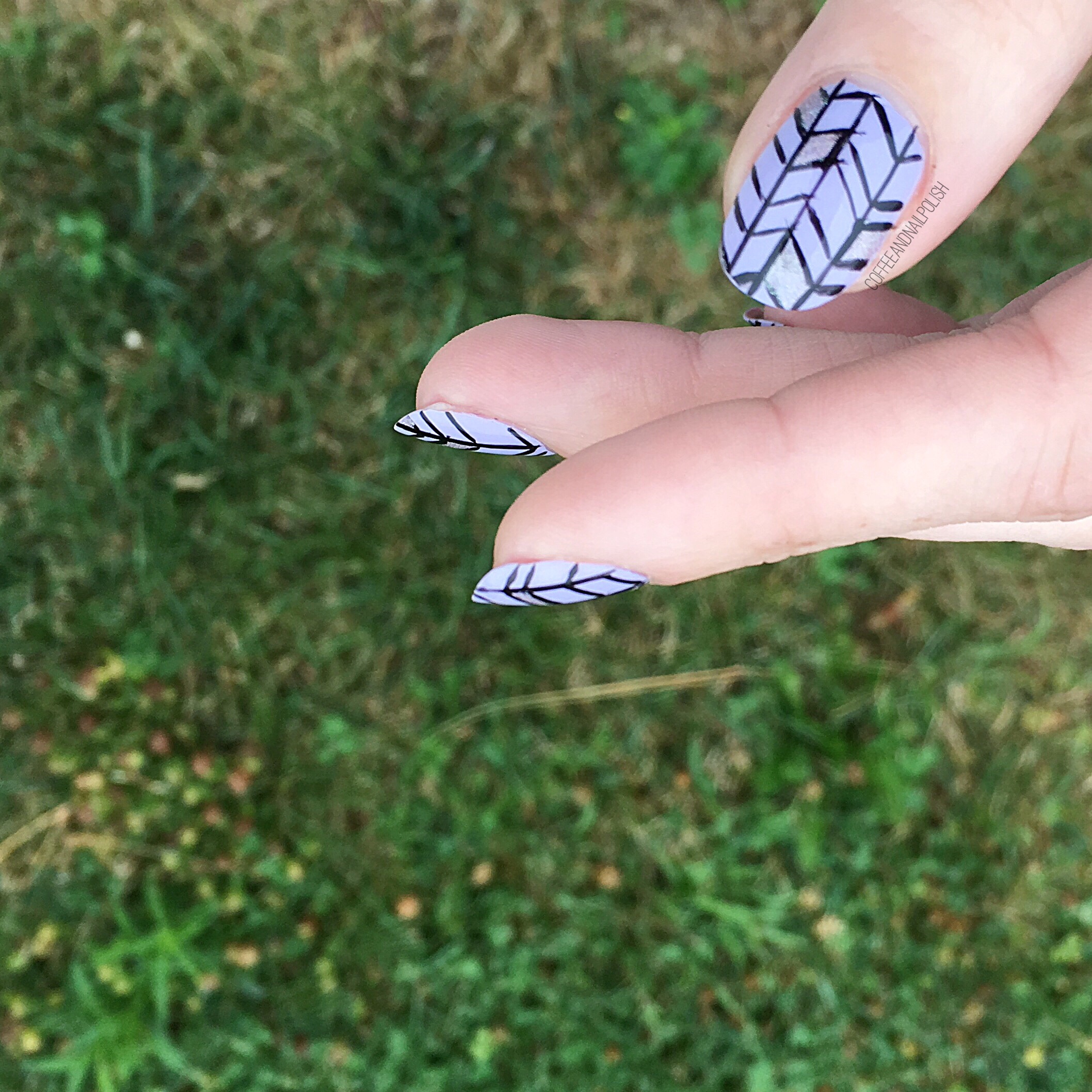 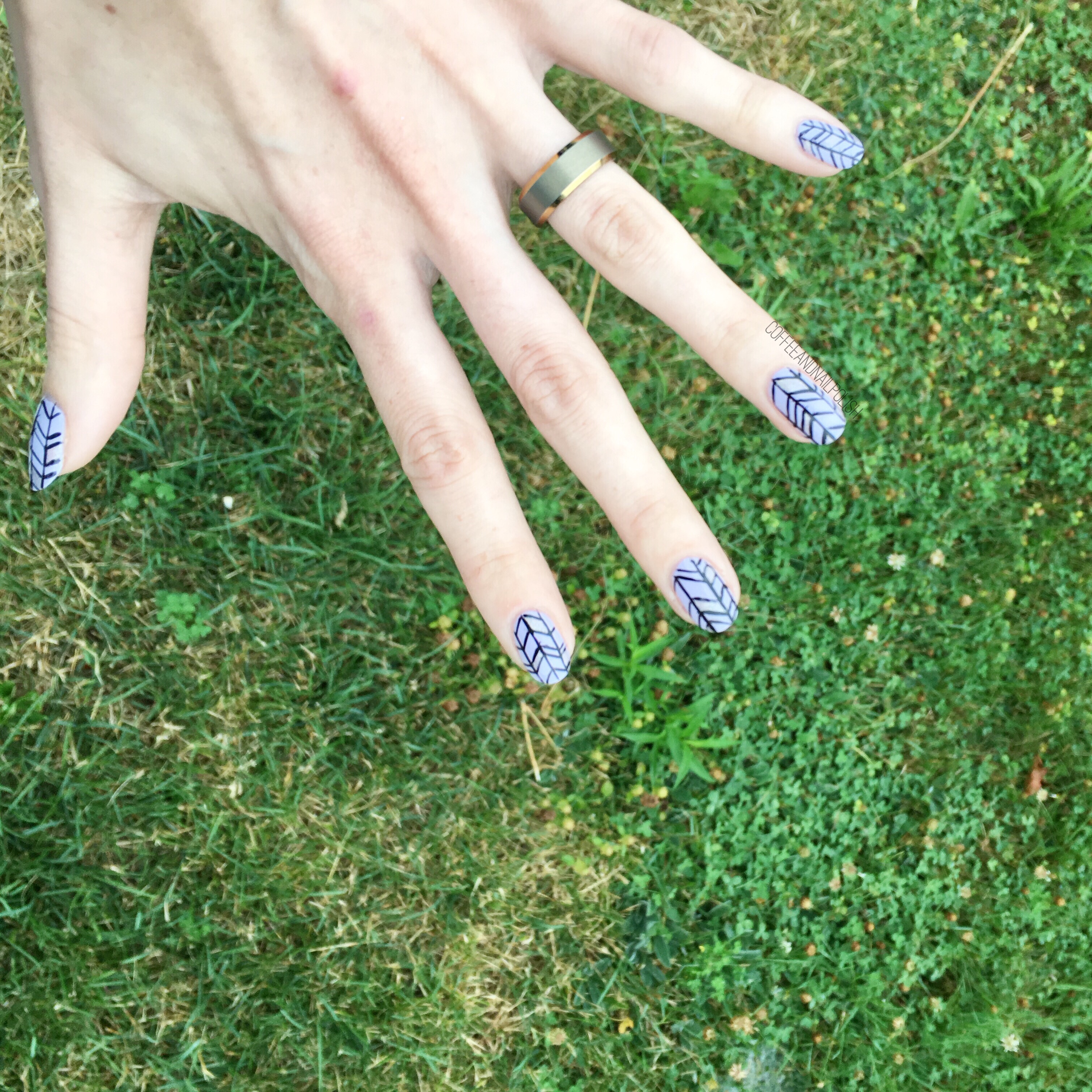 what do you think of this look? What colour are you most excited for this Fall? Share all your thoughts down in the comments below! 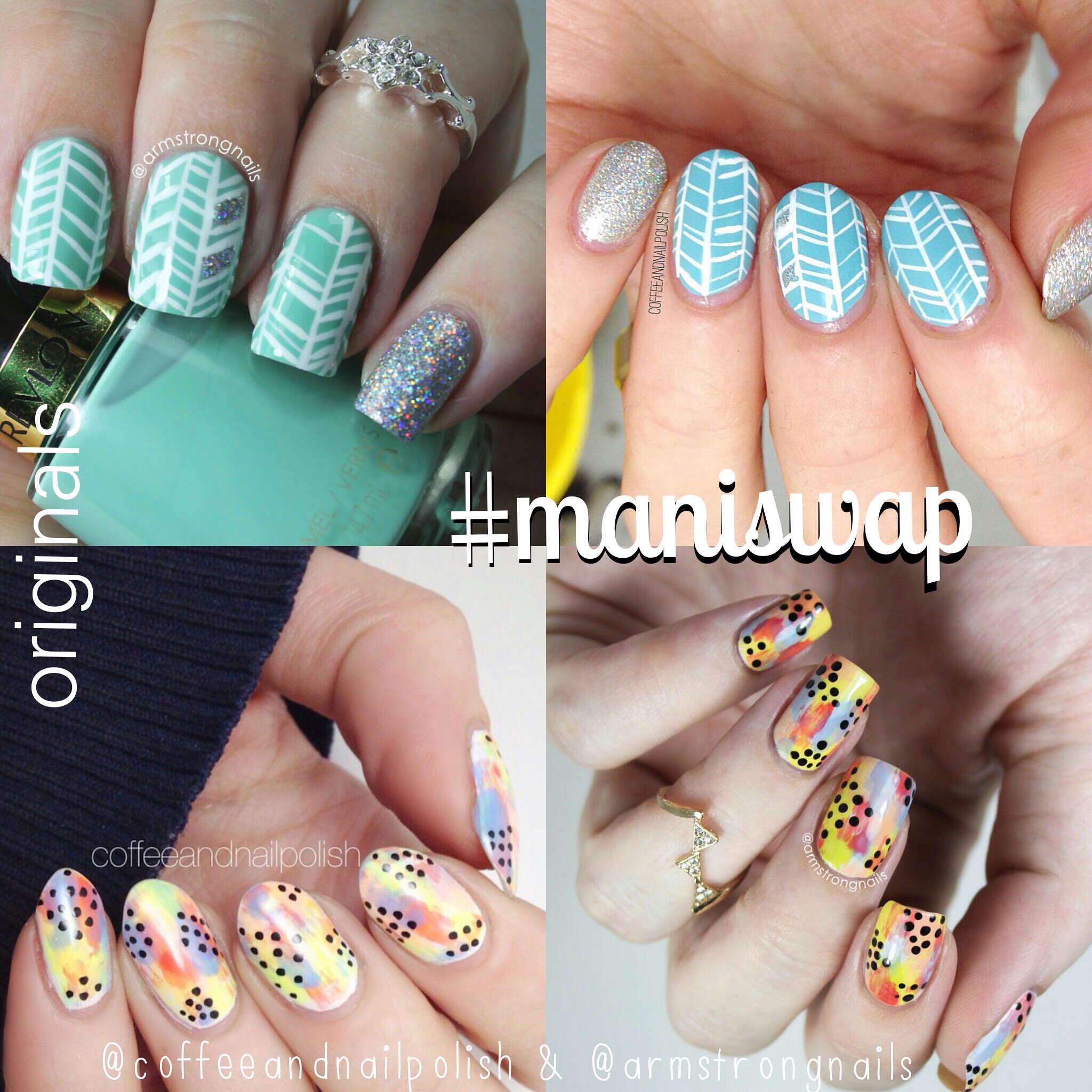 I was lucky enough to partner with @armstrongnails  on a mani swap! I always have fun swapping with others–it’s exciting to try out someone else’s brain for a mani! Amber has some amazing manicures to chose from, but in the end I had to chose her patterned nails to recreate. The holo accent just sold me! 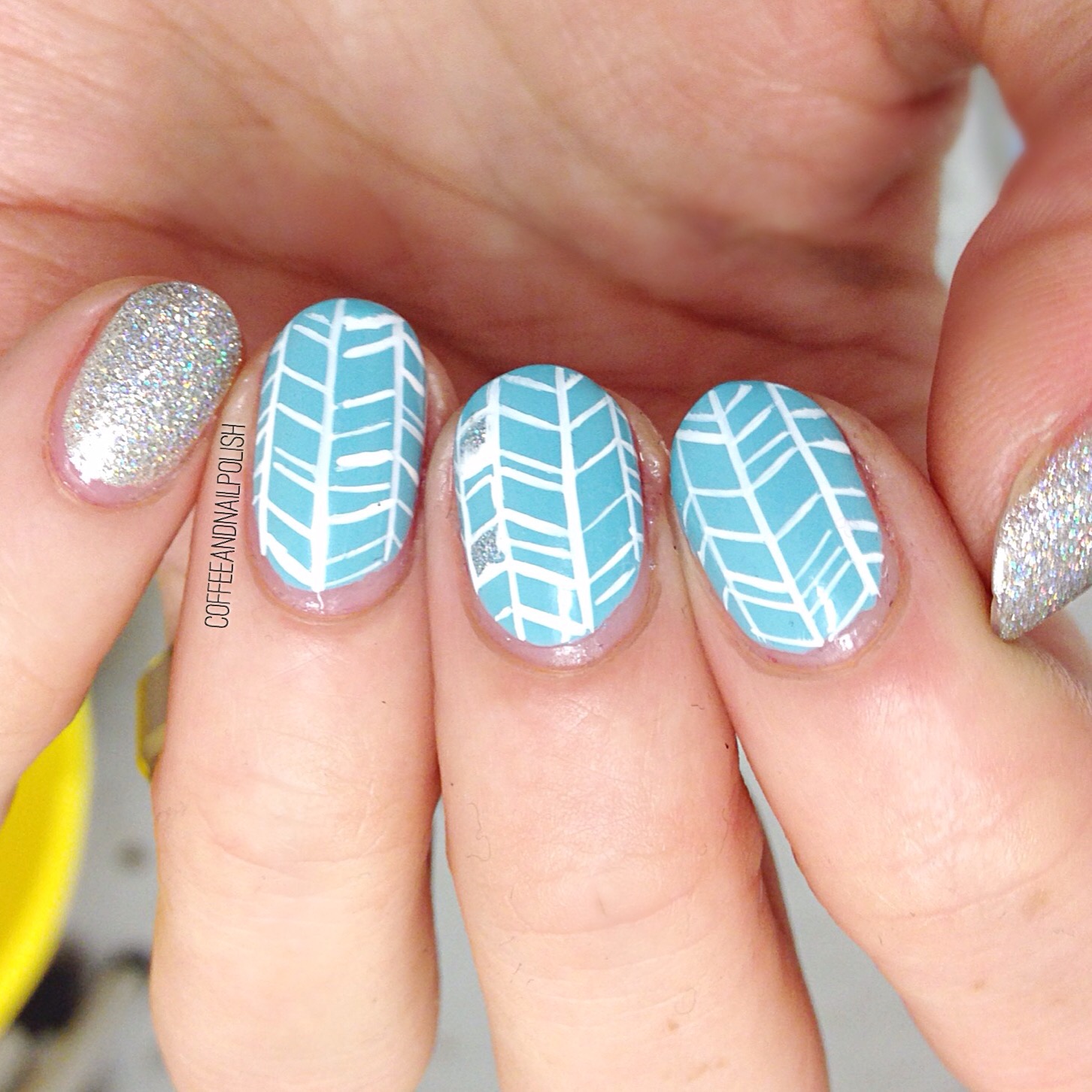 The polishes I used for this mani were:

I love this mani so much! From the sparkle to the herringbone pattern it’s just perfection!

If you’re not already following @armstrongnails on Instagram, you definitely should be!

I gave another pretty manicure to share inspired by one of my fellow nail artists in Instagram: @thebasecoat. She posted this herringbone and polka dot manicure a few weeks back and I thought it was so adorable I really wanted to recreate it! 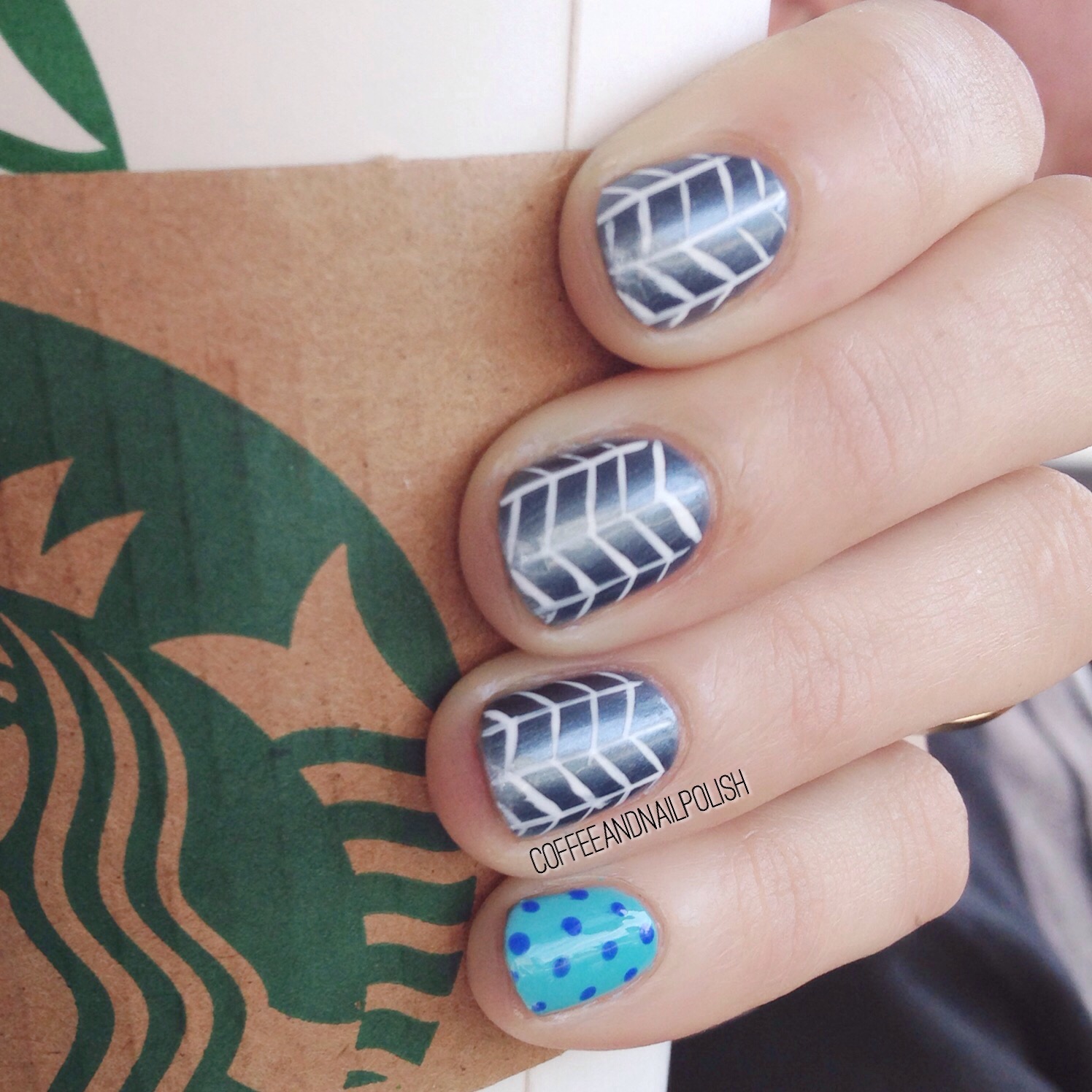 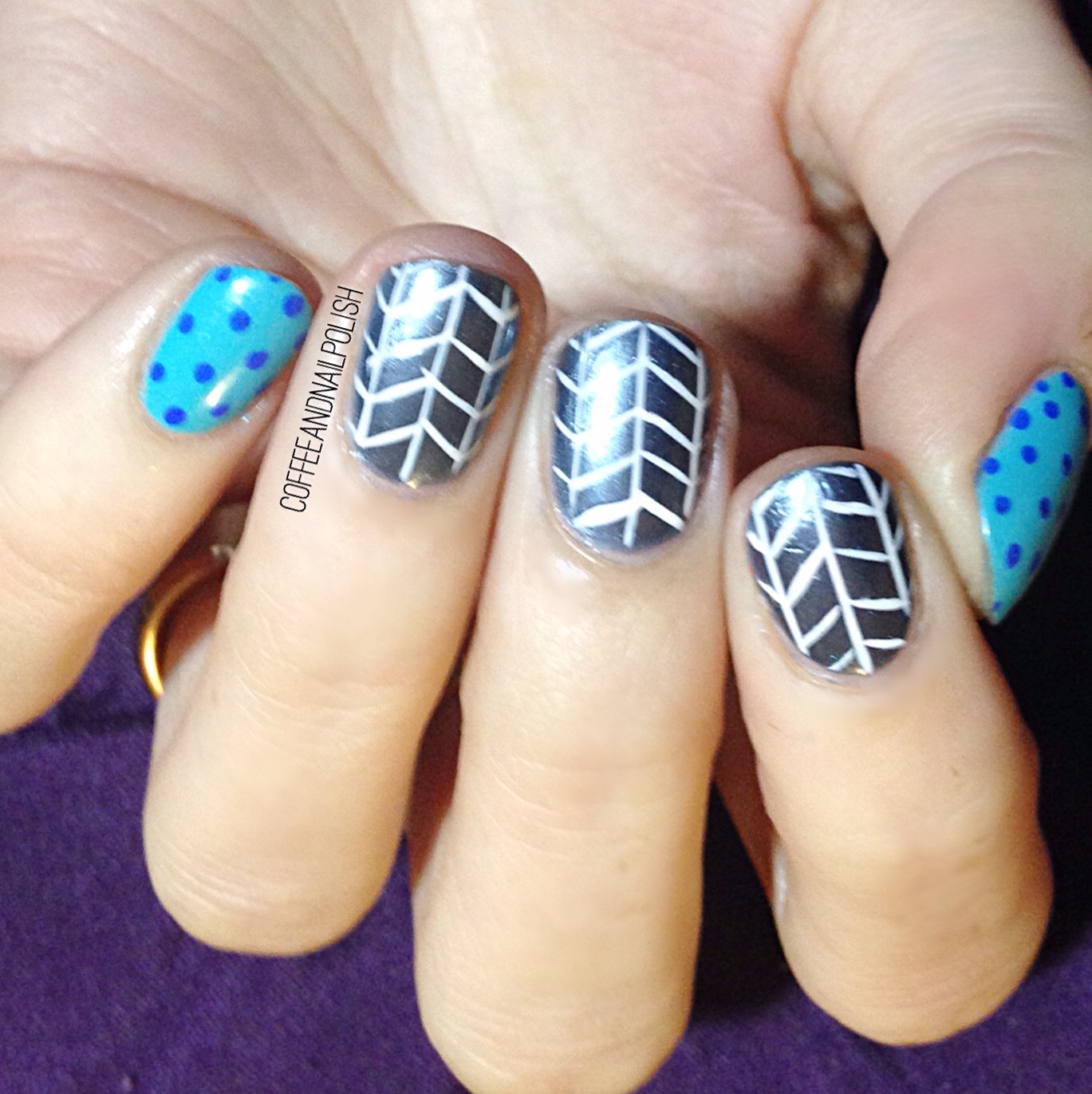 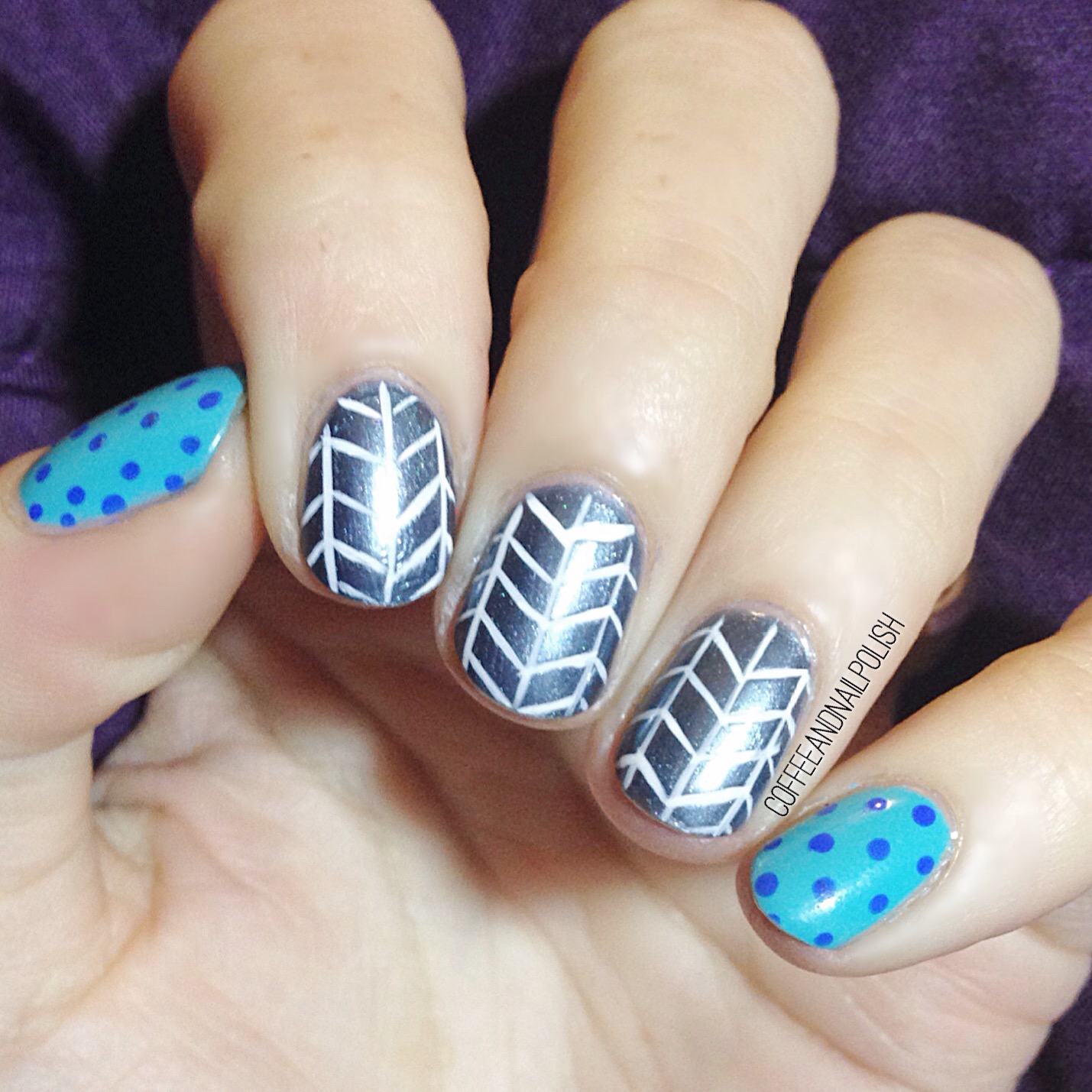 What do you think of this mani? I got a ton of compliments at work when I wore it!

I’m still getting used to my short nails but trying to make them feel pretty as much as possible!